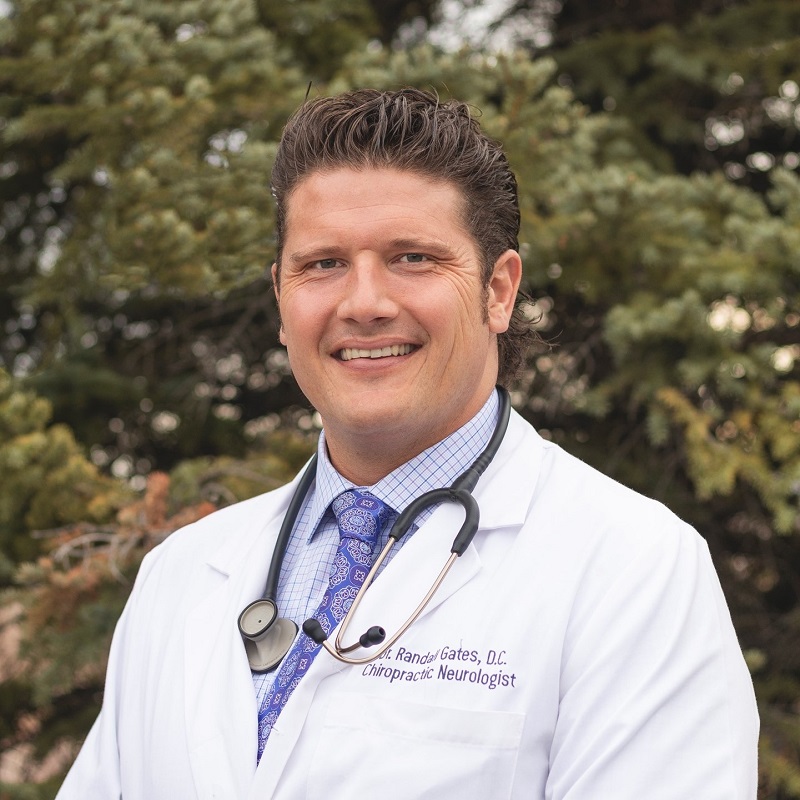 For the past eleven years, Dr. Gates has dedicated his life to helping people find the elusive roots of their chronic health conditions. Earlier in life, Dr. Gates enjoyed athletics excelling in football and the discus throw. While in college, Dr. Gates aimed to make the Olympics in the discus throw but that didn’t pan out. Nonetheless, his passion for understanding the body and human performance remained unchanged.

Shortly after graduating with a B.S. in Biology, Dr. Gates started his doctoral program in Chiropractic. During chiro school, he discovered Functional Neurology. At that point, everything clicked! He became fascinated with neurology and spent much of his free time studying the brain, it’s dysregulations and rehabilitation.

Dr. Gates has since completed 250 hours of additional training in Traumatic Brain Injuries, Vestibular Rehabilitation and Movement Disorders. He continues to spend countless hours researching conditions that are not well understood, as well as conditions that are treated primarily through pharmacological medications. When the rest of his team goes home, he is often working well into the night.

Not only is Dr. Gates committed to broadening his knowledge; he is personal and very caring. He remembers details about individuals that even patients forget. You will rarely find him multitasking, as he believes his patients deserve his full attention. Though his main focus is putting together the pieces of his patient’s health puzzles, it is also healing the patient as a whole. He is often found spending many hours on the phone with both local and distance patients, checking in and seeing how they are doing.

In his personal time, Dr. Gates loves to sing karaoke. If he was not a doctor, he would own a Karaoke bar and grill. Never half-hearted, his love for karaoke is equal to his love for healing patients.