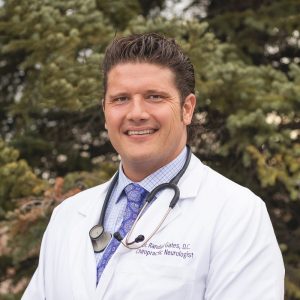 Hello and welcome back! Before we jump into the topic for this week, be sure to check out our podcasts on Facebook!

Below is our Facebook Podcast schedule for the following week:

In part three of our series on depression, we are discussing the thyroid and its relationship to the brain, emotions and mood.

Doctors and researchers have found that depression is not as simple as a ‘chemical problem’ and those with depression often have to try several different antidepressant medications before finding some relief. Unfortunately, upwards of half of depressed individuals never fully respond to a medication based approach and are referred to as having treatment resistant depression.

Treatment resistant depression has spurred researchers to examine what the other factors are which impede a depressed patient from improving. These can include most notably chronic overactivation of the fear center in the brain, vitamin deficiencies, hormonal imbalances, obesity, the microbiome and autoimmune responses to the thyroid.

What is an autoimmune response? Autoimmunity refers to when the immune system attacks one or more tissues of the body. Our immune system has millions of checks and balances to ensure that immune cells never turn on the host’s tissues. The immune system is very analogous to the military. If a rogue soldier starts attacking his own troops, then the natural solution is to put that soldier in jail so that they are not able to pose harm against those on his own team so to speak.

The immune system works in a very similar fashion where rogue immune cells are quarantined and eventually eliminated from the body. In the world of immunology, this is referred to as peripheral and central tolerance. However, autoimmune disorders are becoming so common they are rising to epidemic proportions. Some estimates say that 1/3 females will have an autoimmune response against the thyroid. Why are autoimmune diseases exploding in incidence? That is really a topic for another discussion but likely relates to changes in the food supply, cleanliness, widespread antibiotic administration and chronic stress.

Hashimoto’s patients often report feeling tired, sluggish, gaining weight easily, having brain fog, feeling depressed and anxious, having hair fall out, experiencing constipation, and feeling jittery or shaky. Does this sound like anyone you know? If yes, tell them to get their thyroid antibodies checked, not just their thyroid hormones.

Researchers for many years have observed that Hashimoto’s patients have a tendency towards experiencing depression. In fact, some estimates are that upwards of 1/3rd of those hospitalized for depression have Hashimoto’s. That is rather staggering.

Naysayers have pontificated that it was really the lack of thyroid hormones causing the depression. Thyroid hormones promote cellular energy, and it makes sense that if thyroid hormones are low, mood could be low. Yet, researchers have examined this question, controlled for it, and found that independent of thyroid hormones, the immune cells targeting and killing the thyroid have a negative impact on the brain and as a consequence, mood.

A recent study even found that the immune cells to the thyroid can alter serotonin levels in the brain.

Hashimoto’s appears to be caused by food intolerances, changes in the gut microbes, viral infections in the thyroid gland itself, vitamin deficiencies, and trace mineral imbalances. Most of these factors are dietarily related. That is why over the last ten years dietary treatments for Hashimoto’s have gained a lot of popularity and reports of improving Hashimoto’s numbers and symptoms.

Stress can be a significant factor for Hashimoto’s as well. A recent study found that an eight week stress reduction course improved not only mood but also reduced immune cells targeting the thyroid gland.

Lastly, if you or someone you know has depression and there is the question of why the depression is there or why it is not improving, it may be fruitful to have a blood test looking not only at the thyroid hormones but also the thyroid antibodies.

If you have any questions on this issue please forward them to us at info@gatesbrainhealth.com.

This week’s recipe is brought to you by Thriving on Paleo.