When pharmaceutical advertisements became popular and common in the 1990’s, many of us learned that depression was a chemical problem. Taking this drug or that drug for depression would allow for more ‘chemicals’ to be stored in the synapse, and as a result the depression would improve. It seems that most health advertisements have progressed to the point that if we take a pill or supplement we will be happily running through a meadow without a care in the world.

Unfortunately, that is not the case when it comes to antidepressants and depression. Some estimates are that upwards of 50% of those treated medically for depression are considered to have TREATMENT RESISTANT DEPRESSION. Certainly antidepressants work wonders for some individuals, but they do not always have this effect for everyone. As a result, the condition referred to as treatment resistant depression has propelled the psychiatric, neuroscience, and psychology community to look further into the roots of depression in determining the underlying cause and or causes of this condition.

Researchers have pinpointed that the gut microbiome, our fat cells, hormonal disturbances, B vitamin deficiencies, stress, genetics, and autoimmunity all play a role in propagating the physiology of depression. The core of the neurophysiological issue really seems to be that the fear center becomes turned on, that leads to chronic increases in the catabolic hormone referred to as cortisol, which then circulates back up to the brain to literally wither brain cells in the frontal lobes (where our positive emotions come from) and the memory area of the brain.

The memory area of the brain is one of two areas in the brain that makes new brain cells all the time. When there are high levels of cortisol or adrenaline the memory neurons do not grow adequately and can even shrivel (referred to as atrophy). Over the last twenty years, researchers have realized that one of the main actions of antidepressants is that they increase the density of brain cells in the memory area, which then opposes the fear center, resulting in less cortisol and less poisoning effect of cortisol on the brain.

However, though this is the cornerstone of depression, there are many other factors that are at play. Maybe you have talked to a friend and they changed their diet and all of the sudden their depression went away, or another friend who lost weight and suddenly they were not as sad. These are anecdotes and they are stories psychiatrists, psychologists, and other doctors have heard for a long time, prompting research into the other areas of the human body which cause depression.

This week we are focusing on the center of the body…the gastrointestinal tract referred to as the gut. The gut is really a tube that extends from our mouth to our anus, allowing for the passage of food to the stomach to be broken down into small particles in the small intestines, hopefully absorbed, and then the unused byproducts are excreted in the fecal matter.

Over the last 15 years, there has been an explosion in research regarding the gut and its connections to the brain as well as the immune system. Current estimates state that there are 37 trillion bacteria in the intestines and colon while the human body only has 30 trillion cells. So there are more bacteria in our gut than there are cells in our body.

Interestingly, the bacteria secrete byproducts which can affect our brain and body. This is referred to as metabolomics and is becoming a field of study unto itself. However, researchers have also found that the SAD diet (Standard American Diet) leads to overgrowth of inflammatory bacteria. Think of these bacteria as rogue criminals who create inflammation and produce byproducts which are not good for our brain and body. This has led researchers to question whether taking probiotics can help something like depression.

The answer is a ‘marginal yes.’ Taking certain strains of probiotics has shown some evidence to be of help for depression. In Canada probiotics are an approved method of treatment for depression. The more we have learned about these gut bacteria the more we realize how entrenched they can become. They are heavily influenced by diet. The more saturated fats and processed carbs we eat, the more the pathogenic bacteria grow. The more veggies we eat and less saturated fat, the more the beneficial or ‘good’ bacteria grow.

This analogy illustrates why probiotics by themselves appear effective but are not extremely effective at this point. Approaching the brain and body from a multimodal perspective is important. A multimodal perspective addresses how diet shapes the gut bacteria, how changing insulin levels leads to a loss of weight, how losing body fat can reduce inflammatory mediators and how reducing stress and its effects can impact mental health. This multimodal illustration is just an example of what is used in the field of Functional Neurology. We apply this line of thinking at Gates Brain Health.

If probiotics are of interest to you, give us a call and we can figure out an approach tailored to your circumstances, your gut bacteria, and your diet.

Lastly, we want to share this refreshing recipe
from our good friend McKenna at Table of Health.
You can find more of her recipes at www.tableofhealth.com 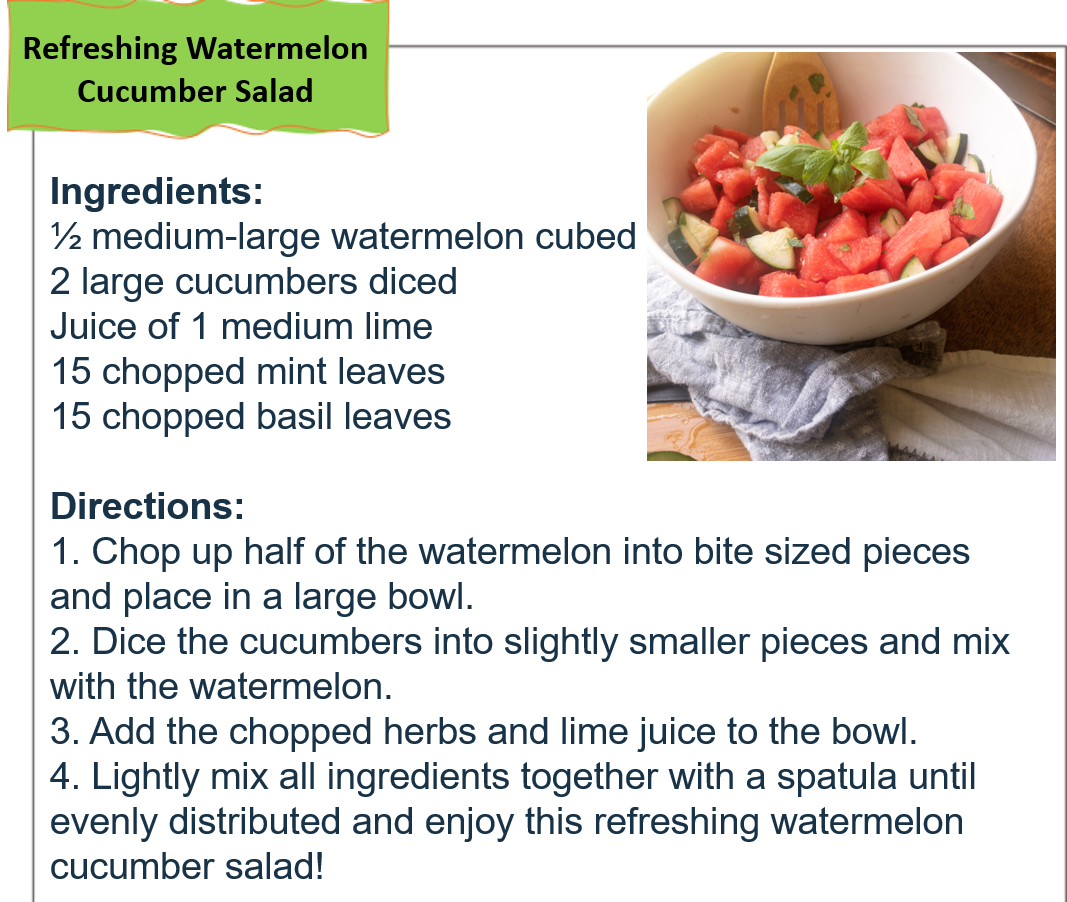 Be sure to check out our new Instagram and stay updated
With our weekly Podcasts on YouTube. Until next time!